How Much Does a Roofing Salesman Make?

How Much Can You Make Selling Roofs?

The simple answer is usually about 10% of the total roofing contract. The more complicated answer is, “it depends.” 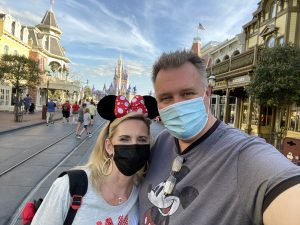 Your next question will probably be, “Well, how much is the average roofing contract?” The answer to that question isn’t so simple because averages will be based on several different variables that can change from region to region, neighborhood to neighborhood, house to house, and possibly even whether you exclusively run roofing leads or you generate your own business.

Here are a few variables that contribute to the overall cost of replacing a roof:

How Much Do Roof Salesmen Make in Texas?

Most of the roofs I’ve sold personally were in Texas.

While there are many variables to consider, and I’ll cover most of them here, the quick answer is a roofing salesperson makes on average between 8% to 12% of the total collected depending on your commission structure and overhead costs. Keep reading because I’ll go more into these variables. By the way, in my experience, these numbers are about the same as what a roofing salesperson makes in Florida, too.

The fact of the matter is it’s less expensive to replace a roof in Dallas, TX than it is in Minneapolis, MN. Material is more expensive in the North. Labor is paid at a higher rate in Minnesota. Insurance companies pay the replacement cost value based on these regional values.

Obviously, there’s cost of living factors that have to be considered when comparing one region to another. Labor & Material costs are just one of the variables that determine how much a new roof will cost.

You may not be willing to travel to a different part of the country in order to make more money. That’s understandable. This is just a variable to consider when you hear about other salespeople making more or less on average. Maybe it has to do with which part of the country they’re working.

Some neighborhoods will be all single story dwellings that are easily walked on while the neighborhood across the street will all be 2nd story steep roofs.

The insurance companies pay extra for 2nd story and steep roofs because it takes longer to complete the work and requires additional precautions be taken by the roofing company.

Using our same 24 square roof as an example, these additional charges could add as much as $1,000 to the contract. At 10% you would make $100 more because of the increased costs associated with steep and 2nd story roofs.

One of many mistakes I made as a rookie roofing salesman was to start working in a relatively new neighborhood that primarily consisted of single story walkable roofs. If you’re going to choose between two neighborhoods, it’s almost always better to pick the neighborhood with 2nd story and steep roofs. If not both, at least try to get one of the two.

Roofs will sometimes have more than 1 layer of shingles to tear off and dump.

This usually happens when the previous owner tried to save money on their last roofing job. Rather than tear off and dump the old roof, they just had a new roof nailed over the top.

Obviously, tearing off a 2nd layer is more work on the crew. The insurance company will normally pay for these 2nd layer tear offs and that will increase the value of the contract. Sometimes there will be more than 2 layers.

I know we’ve torn off as many as 6 layers on an old farm house in West Texas. By the time you get to the 3rd layer, you’re just loosening things up and sweeping the debris off the roof. It gets real nasty, real fast after you get past that 2nd or 3rd layer.

You generally aren’t going to find 2nd or 3rd layers of roofing in brand new neighborhoods. Think about it, they’ve probably never had their roofs replaced before. They haven’t had an opportunity to put on a 2nd layer.

You’ll find 2nd layers in older, more established neighborhoods. They can be difficult to spot, especially if the last roofing crew cut back around the perimeter and put down new drip edge.

You need to do your due diligence of taking pictures and making contact with the insurance company to be sure you get paid for the extra work. If you don’t take care of this immediately, this could be one of those jobs where you make much less than 10% because of the extra costs associated with paying the 2nd layer labor expenses.

There are only two basic commission structures.

Every roofing company has a slightly different commission formula, but they’re almost always based on one of these two basic structures:

1). Flat Rate Commission
Personally, I don’t like flat rate commissions because it robs the sales person of the opportunity to make significantly more money, but I’ll explain it here so you can understand.

The roofing company will generally give their sales people a price list for all the different types of roofing services they provide. The salesperson has to sell the job for no less than what is on the price list. If they do, they earn a flat rate commission. These rates vary from company to company but are generally based on a rate of anywhere from 8% to 10% of the total contract. Some companies may be willing to pay a little more for an experienced salesperson.

On the good side, it is very easy for a rookies sales person to know exactly how much to charge. The prices are set in stone and there’s no negotiation.

On the bad side, the prices are set in stone and there’s no negotiation. If you’re held to a certain price and your prospect is price shopping, you may as well keep walking down the street. You’re going to lose that sale.

Because of the way replacement cost value is paid these days, there’s virtually no advantage to a homeowner paying less for the same job as their neighbor across the street. If they pay less, the insurance company will only reduce the amount of the homeowner’s 2nd check. The exception would be when the homeowner was paid in full with no depreciation or they are willing to commit fraud. Both happen.

Wouldn’t you rather have the option to charge less when you need to in order to get a job and be able to charge a higher price that would give you a bigger commission check whenever possible, too?

2). Profit Split with Overhead Costs
This is the commission structure I learned under and it is the one that many companies use now. In my opinion, it gives the roofing salesperson the ability to make the most money.

Some people will say it is more difficult to learn the business under this commission structure, but I would argue that you can learn pretty fast when it means you have the opportunity to make several hundred dollars more a week or thousands more in a month. Wouldn’t you agree?

Basically, you earn a split of the profits after all costs have been paid.

The second part of this commission structure is the “overhead expense” or sometimes called “office expense” or “office fee.” In the company I learned under, the overhead was 10% of the contract. It can be as high as 15% to 20% depending on how much training and support salespeople receive.

You can find roofing companies where the overhead is lower because they don’t have as many expenses, but the salespeople put in a lot more work to market the company.

If the company you’re working for isn’t also working for you, you need to ask yourself why are you paying 10% overhead? Are they doing anything to help you make money? Do they provide excellent sales training or on-going support? Do they generate leads to help you get into new neighborhoods? If you’re not getting that kind of support, you may want to look for lower overhead and greater support.

Not every roofing company pays based on an independent contractor commission-only basis.

Quite honestly, the better you can sell, the more you are likely to make in roofing sales.

Some of the best roofing salespeople in the nation have been through Mike’s advanced roofing sales training program. It’s a private online training portal for people who are serious about taking their roofing sales game to the next level. Check it out here or request an appointment below to speak with Mike about the program.

These incentives can add to your bottom line. If you’re working for somebody that doesn’t have a bonus structure, walk into the office or call your boss on the phone and ask for one. They’ll be glad to set something up, a goal for you to reach for in order to get you some extra bonus money.

If you’re not being incentivized, you may need to find another roofing company to work for. Roofing sales can be a tough job when the rent is due and your gas tank is empty. Bonuses and sales contests can help give you the extra push to make more money and fun doing it.

Maybe you have more questions about how much a roofing sales person makes.

If so, I want to encourage you to reach out to me. Sign up for my newsletter. I would love to help you with your questions.

P.S. If you would like to know exactly, step-by-step, how I made most of my money in roofing sales, I’ll teach you my system in my online training program for door knocking. You’ll get my entire system from knocking on the front door to picking up the last check, including the word-for-word scripts I use at every step of the process. This is the same system I have personally taught to some of the best roofing salespeople in the nation. Click here to find out more.

Try Audible Premium Plus and Get Up to Two Free Audiobooks

Mike started selling roofs in '95 while working as a youth pastor at a small church in North Texas. A decade later he transitioned to speaking at industry conferences and training outside sales teams. Today, he works exclusively as the premier consultant to roofing company owners who are driven for growth.